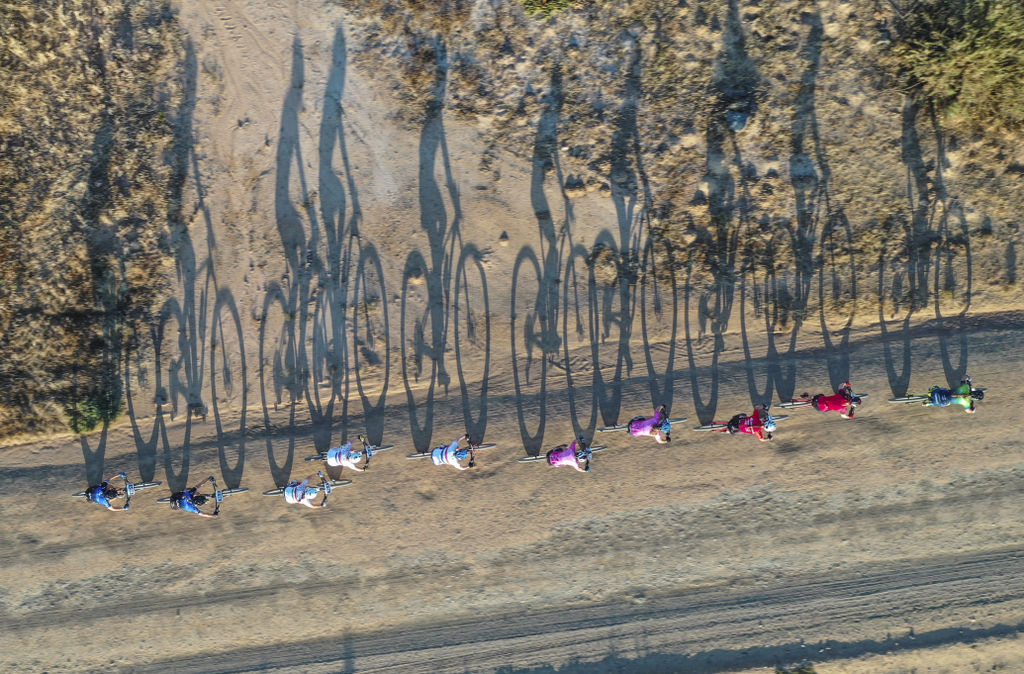 The 2020 Momentum Health Tankwa Trek presented by Biogen represents the first opportunity for mountain biking fans to see the South African power-team of Mariske Strauss and Candice Lill in action. Taking place in the Koue Bokkeveld region, of the Western Cape, the four-day stage race is scheduled from the 6th to the 9thof February. It once again boasts a powerful elite women’s field who are set to face off for the title, as they do battle over 288 rugged kilometres. 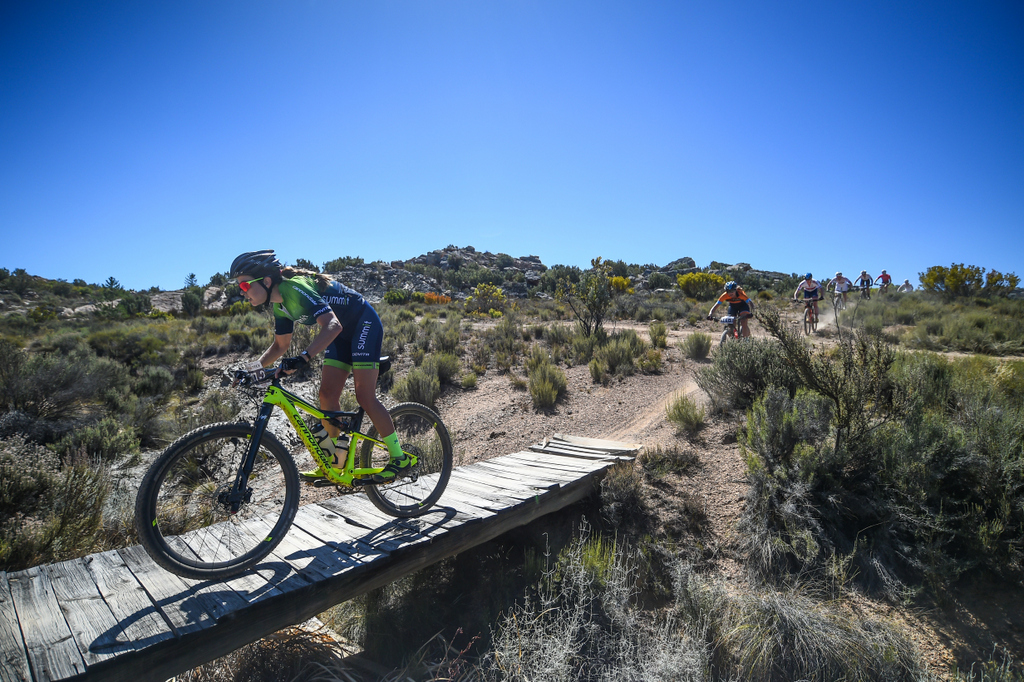 Having spent most of their careers racing against one another the two former winners of the UCI S1 stage race will team up this year, as Faces CST. They will be up against Ghost Factory Racing, Fairtree Rotwild, Devonbosch Vertice GTR, dormakaba blue and red, the GB Cycling Team and Galileo Risk Infinity. Thus, securing victory will be no easy feat.

Strauss is the defending champion, having won the 2019 race alongside Jennie Stenerhag. While Lill was one of the 2018 Momentum Health Tankwa Trek presented by Biogen winners. Both are chasing Olympic qualification and the 120 UCI points which are awarded to the winning riders could prove decisive in the final reckoning. Especially considering that South Africa’s chances of qualifying two riders for the games in Tokyo rely in no small part to outscoring Germany and Great Britain, the pressure is on. If Lill’s former partner Adelheid Morath or the former teammate they both share, Annie Last, were to finish ahead of them it would represent a major loss of potential Olympic qualifying points.

Then there is the Momentum Health Tankwa Trek presented by Biogen prize money to consider. With R80 000 up for grabs for the winning team the pay-out is significant. It can be bolstered too by securing the R10 000 Queen of the Mountain prize for summiting the Merino Monster, on Stage 3, first. Plus, additionally supplemented by a further R25 000, for the first South African team on the final women’s general classification.

The South Africans biggest challenge could well come from the Ghost Factory Racing outfit. Barbara Benko and Anne Terpstra spent two days in the pink women’s leaders’ jerseys at the 2019 Momentum Health Tankwa Trek presented by Biogen. They are formidably skilled over technical terrain, have the power to trouble all the women in the field and a year on they have more experience in harsh African conditions too. Terpstra enters the Olympic year off the back of her best ever year, the Dutch rider won her first UCI Mountain Bike World Cup in 2019 and finished the season as the top-ranked woman in the world.

Terpstra and Benko are by no means the only threat to Strauss and Lill. Stenerhag is, like the Faces CST women, a former winner in the Bokkeveld. In fact, she has won the title three times, in 2019, 2017 and 2015. For 2020 she teams up with Germany’s Nadine Rieder for Fairtree Rotwild and the Swedish/German combination will in all likelihood look to limit their losses on the first two days before going on the attack on the Merino Monster.

While that tactic may play into the hands of experienced riders like Stenerhag and Rieder, the GB Cycling Team will have to take another approach. The Momentum Health Tankwa Trek presented by Biogen is Isla Short’s first stage race on the African continent. The young Brit is partnered by an experienced campaigner, in Last, but they will still have to utilise their cross-country skills on the opening two stages and hope to hang on to any lead they can, potentially build up. 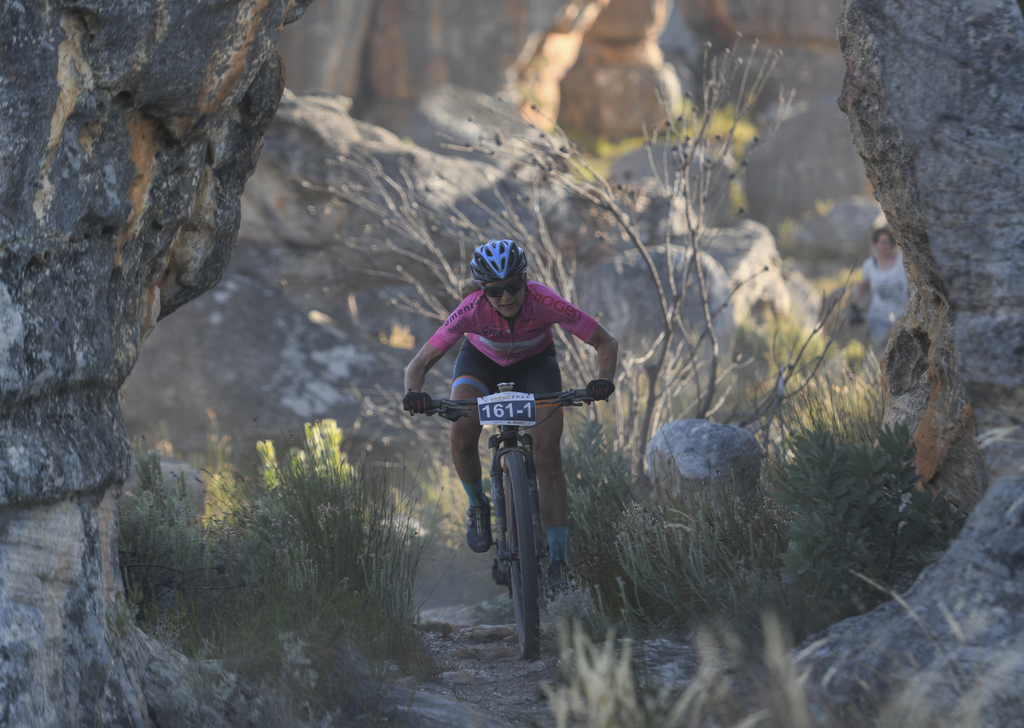 Jennie Stenerhag is one of the race’s defending champions and she will line-up alongside Nadine Rieder in 2020. Photo by ZC Marketing Consulting.

Dormakaba meanwhile have the luxury of two squads in the race. The dormakaba blue team is represented by the potential race winners, Morath and Robyn de Groot, another former champion. They along with Faces CST and Ghost Factory Racing are arguably the three co-favourites for the title. In the shape of dormakaba red and their stable-mates, Amy McDougall and Sabine Spitz, they have an additional card to play. McDougall and Spitz are not only on hand to supply a wheel if need be, but they could also provide a handy foil for Morath and De Groot to attack off, if the opportunity presents itself.

Another former Momentum Health Tankwa Trek presented by Biogen winner, is the Swiss star Ariane Lüthi. Lüthi makes her home in South Africa during the summer months and is no stranger to the mountain bike stage racing field. Her young partner in team Devonbosch Vertice GTR, Lia Schieverts, is a German U23 rider and another stage race newcomer. Schieverts has however spent time in South Africa before, training with the German national team, and has been building up to the 2020 race in Stellenbosch; so, she will be acclimatised to the heat. 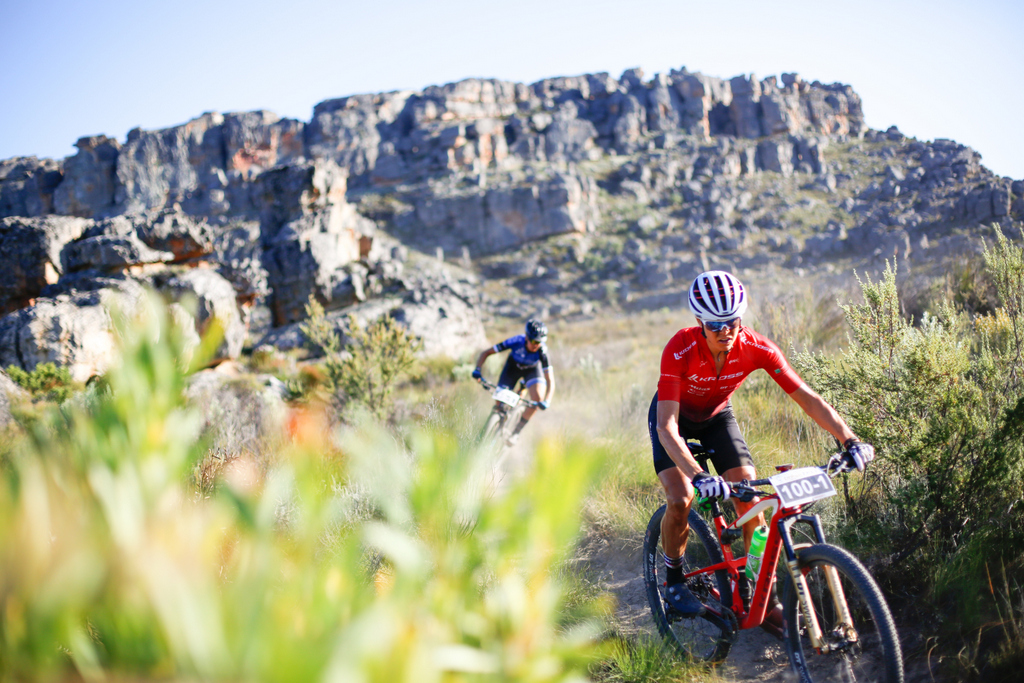 The final team to watch is the all-South African combination of Sarah Hill and Theresa Ralph. Galileo Risk Infinity’s women are accustomed to battling it out for local honours with the dormakaba teams. The absence of Hill and Ralph’s usual rivals could set them free to chase bigger goals. Expect Ralph to have a steadying influence on the excitable Hill and for the Galileo Risk Infinity team to do their utmost to be in the South African category shake up come the final stage of the 2020.

Mountain biking fans can follow the action live; by following the race’s Twitter handle, @tankwatrek. The action kicks off with elite rider interviews at registration on the morning of Thursday, 6 February, before the racing starts at 15:00. For photos and videos form the race follow @tankwatrek on Instagram and like the Tankwa Trek Facebook page. All the details of the 2020 Momentum Health Tankwa Trek presented by Biogen can be found online at www.tankwatrek.co.za.

The CST PostNL Bafang team, of Sebastian Fini and David Nordemann, and the Faces CST…

facebooktwitterinstagramyoutube
Copyright Your Business LLC. 2020 - All Rights Reserved
Back To Top
×