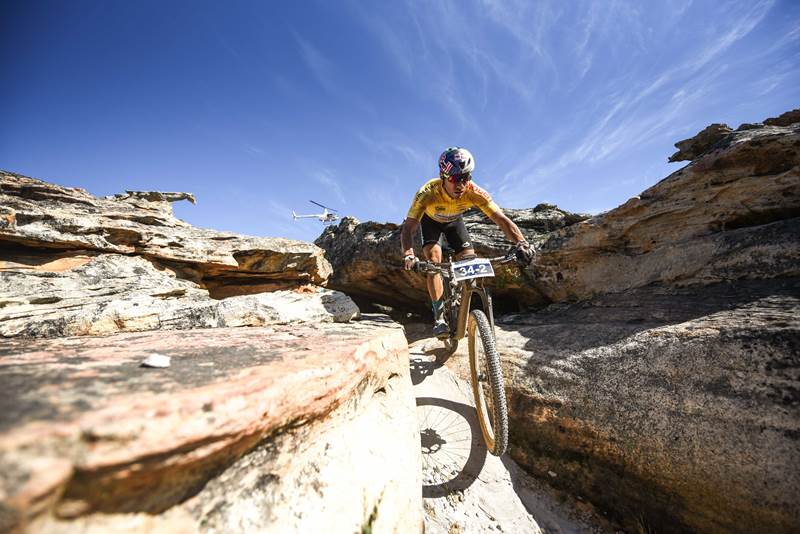 Today marked the second stage of the Momentum Health Tankwa Trek presented by Biogen. With 83km to get through and 1800m of climbing to conquer, the nail-biting day of racing had the potential to lay a solid foundation for the stages to come.

Brazil’s Henrique Avancini and Germany’s Manuel Fumic once again snatched a hard-fought victory. The Cannondale Factory Racing pair set off with the leading yellow jerseys and targets on their backs.

With no major attacks going clear in the early stages there was an eerie silence as the leading pack followed winding trails through the Witzenberg Valley. Avancini and Fumic held the fort and sussed out their rivals.

The real battle unfolded on a 12km climb through pine plantations as riders entered the last third of the race. Team Bulls’ Simon Stiebjahn and Centurion Vaude’s Daniel Geismayr were among the protagonists who drove the tempo up front.

There was a moment of high drama on the mountains as the yellow jerseys were briefly separated, and their rivals sought to exploit any kink in their armour. 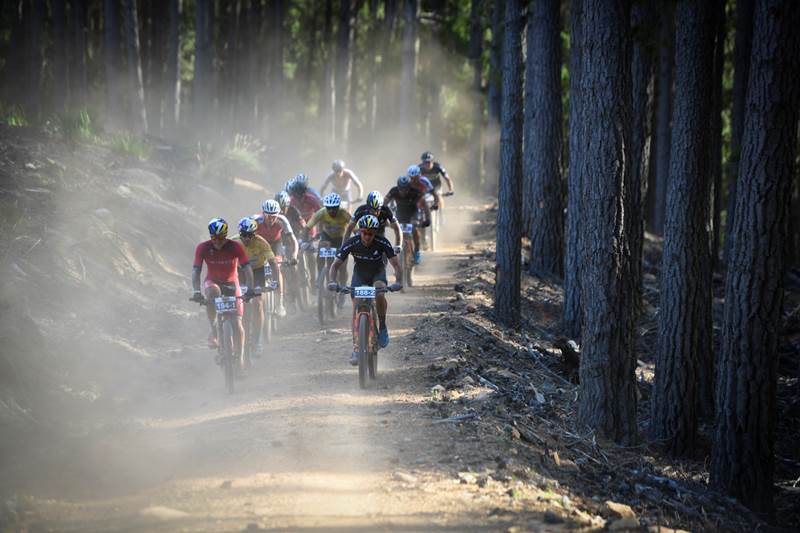 The leading group of men during the second stage. Photo: www.zcmc.co.za

Cannondale Factory Racing kept their composure however and saved their legs for a final dash to the finish line.

“I just tried to stay calm and keep it together on the descent back home. There are still two hard stages to go, but we’re feeling strong and optimistic about the chance of winning this,” said Fumic.

Urs Huber and Stiebjahn’s early efforts paid off with a solid second place for the day. It was the second Cannondale Factory Racing pair of Maxime Merotte and Cameron Orr who once again finished in third. At just 19-years old, Orr has truly been a revelation of the event thus far.

One of the major upsets of the day came from a despondent Sam Gaze, who waved the white flag and pulled out of the race due to an illness. His Specialized Racing partner and local hero Alan Hatherly will race the event solo from tomorrow.

“I’m really disappointed, but I think it was the right call in a situation like this. I love the climbing section of tomorrow’s stage, and couldn’t resist giving it a shot anyway,” said Hatherly. 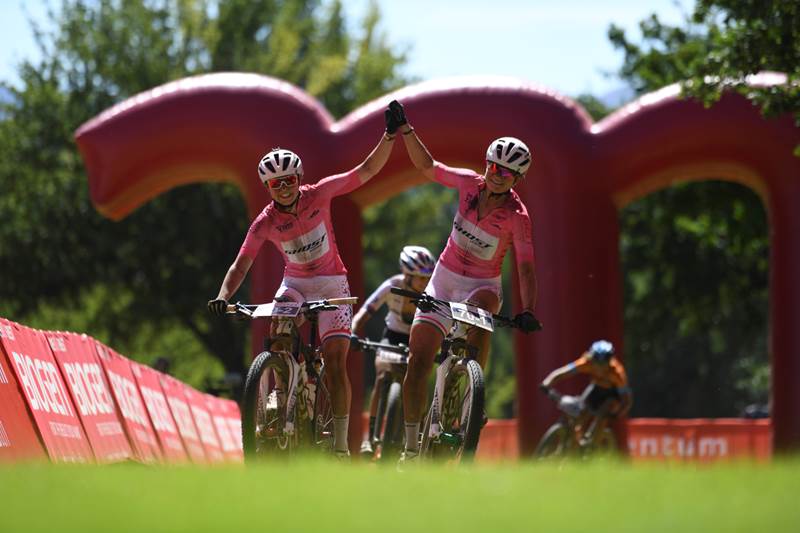 The women’s race played out similarly with Barbara Benko and Anne Terpstra securing the pink jerseys and bolstering their lead ahead of the third stage tomorrow.

A stage win initially looked promising for Team Summit’s Candice Lill and Annie Last who were on the cusp of victory, or so it seemed.  The team set the pace up front during the early stages of the race but suffered an untimely mechanical that ultimately denied them the chance of stage glory today.

“We managed to limit our losses, and with the Queen stage tomorrow the race is far from over,” said a determined Lill.

Silverback Fairtree’s Jennie Stenerhag and Mariske Strauss were happy to snatch up second on the day, however, and ultimately narrow the gap on their competitors. With less than three minutes separating the leading teams, the podium is far from decided.

Tomorrow riders will face the climb of all climbs – the infamous ‘Merino Monster.’ Fans will wait in anticipation to see which pair of legs will conquer the unrelenting ascent after the energy sapping heat of the last two days. 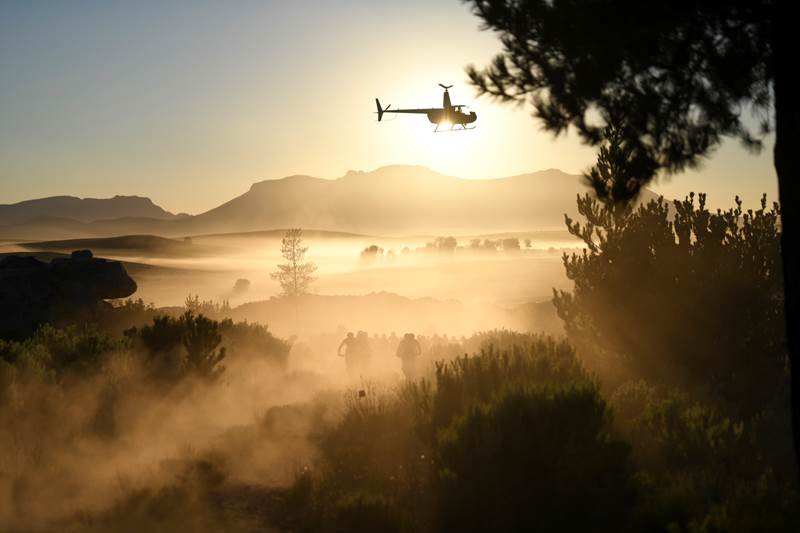